Duck hunting with the Association is controlled by an online and telephone reservation system. Reservations can be made as early as the day of your hunt and not earlier than 30 days in advance.  Members will never be denied a spot to duck hunt during the entire season.

Our waterfowl leases are primarily in Missouri covering both the North and Middle Zones. Most  of our Middle Zone land is less than a one hour drive from Kansas City. We also have duck hunting leases in Kansas with ponds, lakes and crop stubble fields..

Our managed wetlands have been enhanced with levees and stop log pipe structures to drain, plant and flood food plots and moist soil vegetation. Our land acquisition, development and annual maintenance has been an ongoing endeavor since 1981.

All of our managed wetlands are chest wadable and boats are not required. Small sled boats to drag decoys and gear to and from the blinds and wade-in areas are encouraged.

It might just be theory, but since the Duck Dynasty era the demand and popularity of duck hunting has increased considerably.

The waiting lines to draw blinds at the Missouri Department of Conservation public duck hunting areas are getting longer each year. It’s not uncommon to get turned down and not be able to hunt that day. Association hunters will never be denied a spot to duck hunt during the entire season. They may not always get their first choice on one given day for one particular blind, lake or wade-in area, but there will always be a blind or wade-in area open for he or she to hunt that day. 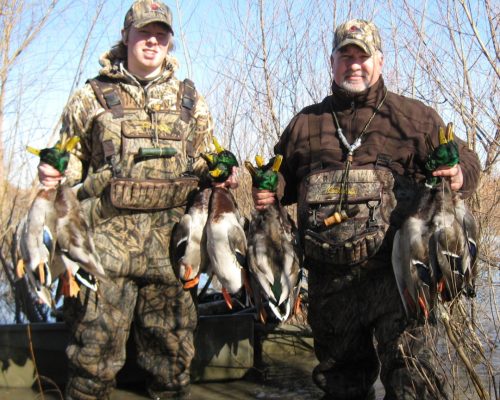 The majority of our managed wetlands food plots are smartweed and a variety of millet, depending on when we drain the lake beds. During drought years we disc and plant as much food for the ducks as possible. This also helps keep the undesirable vegetation down. Moist soil vegetation is very attractive to both ducks and geese in our region. 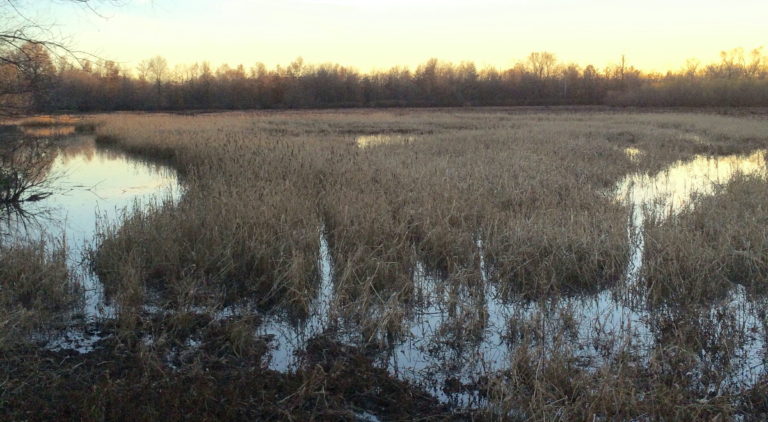 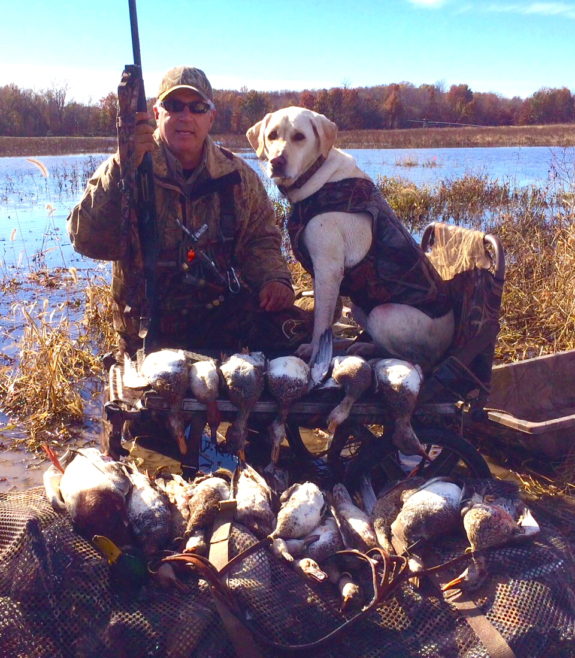 A stand of Japanese millet that was broadcast over a mud flat early July. The food plot on this wade-in marsh produced well that season.

The duck hunting industry has advanced in leaps and bounds over the years with portable blinds for both the  dog and hunter. We have the habitat to accommodate any type of field or wetland set up.

John/Jon:
Let me take a moment and send you my thoughts on MAHA waterfowl places versus public and private ground that I hunted this year.

Overall bird numbers, especially mallards were not as prevalent as years past on all lands (member since spring of 98). Overall, we harvested 250-275 birds this season, down from about 500 last season….this also includes snow geese during the conservation season, which has not opened yet for this season. Bottom-line up front was to scout and find the birds before hunting.

Consistent success was always preceded with an afternoon or even a whole day spent traveling and finding the birds before hand. Hunting areas without scouting resulted in a great time hunting, but not many birds in the bag. Unlike upland birds, the waterfowl habits and locations changed almost daily. You had to have several spots in mind over a 50 to 75 mile radius to be scouted. It worked well for us, because of four MAHA members who could get out and look at different places. This resulted in sometimes finding birds and when calling the office to reserve the property it was already locked up for the weekend. Hence the comment on having multiple locations to try.

Many of my ponds that are on private ground just failed to have birds this year, can’t answer why, but water was just vacant of birds. The converse on MAHA land; what had birds in the past generally had birds this year, but you had to scout to be sure. On more than one occasion I would check a place one day and see 10 birds on it and one of our group would check it the next day and 50-75 birds would be present.

Public hunting ground was poor at best this year. Hunted Bob Brown, Benedictine Bottoms, Nodaway Valley and the Missouri River. All had birds, but the crowds really detracted from a quality experience when hunting and ALWAYS someone skybusting and setting up too close to your blind. People have even begun placing placards on the Missouri River in order to reserve a public sandbar!! and place permanent blinds.

Although MAHA has increased its dues over the years, it is still the best bang for the dollar. I have still yet to see, much less hunt over 90% of the waterfowl areas that MAHA has leased. So come this off-season (between spring snow migration and turkey season) I will be reserving as many areas as possible that can be scouted for future waterfowl hunts. In closing, thanks to MAHA and your staff for your hard work. I can think of no group as egotistical, demanding and hardcore as waterfowlers (and that’s said after doing 20 years in the Infantry) and you guys do a great job of taking care of us along with all the upland and big game hunters. Thanks for a job well done. God Bless to all as we start another year. Don’t forget those serving/sacrificing for our country overseas so we can spend time with our families and friends.
Al